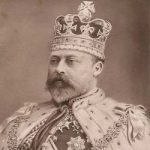 The Edwardian period started in 1901 with the reign of King Edward VII and lasted for four years after his death until 1914. This era corresponds to the Art Nouveau era and the Belle Epoque era of continental Europe. It is also the last jewellery period to be named after an English monarch. Edward VII was a lighthearted and fun loving man, with a reputation as a playboy. Who was considered the height of sophistication and fashion. He loved to travel and took extensive tours of North America and India. He also had a keen interest in horse racing and owned a number of winning race horses, which made horseshoes popular motifs in Edwardian jewellery. The Edwardian period was a prosperous and peaceful time. That was seen as a golden age, filled with long carefree summer days, endless garden parties and handlebar moustaches. This was the age when people started to go on holidays for the first time, typically to the seaside. As the middle classes grew in size and in wealth, jewellers responded by producing new elegant and feminine designs. Edwardian jewellery was refined and elegant. Almost as if the metal had been woven like lace. These intricate filigree patterns were studded with diamonds held in place by nearly invisible settings. This lace-like jewellery perfectly complemented the fashion of the day. Which was dominated by long flowing dresses made of lace and silk. With flamboyant hats topped with veils, flowers and/or feathers. Elaborate diamond studded chokers were very fashionable during this time. As were classical motifs of bows, laurel wreaths and scrolls. Rose cut diamonds set in platinum, was considered the height of fashion. Pearls set in platinum were also another favourite in Edwardian jewellery. 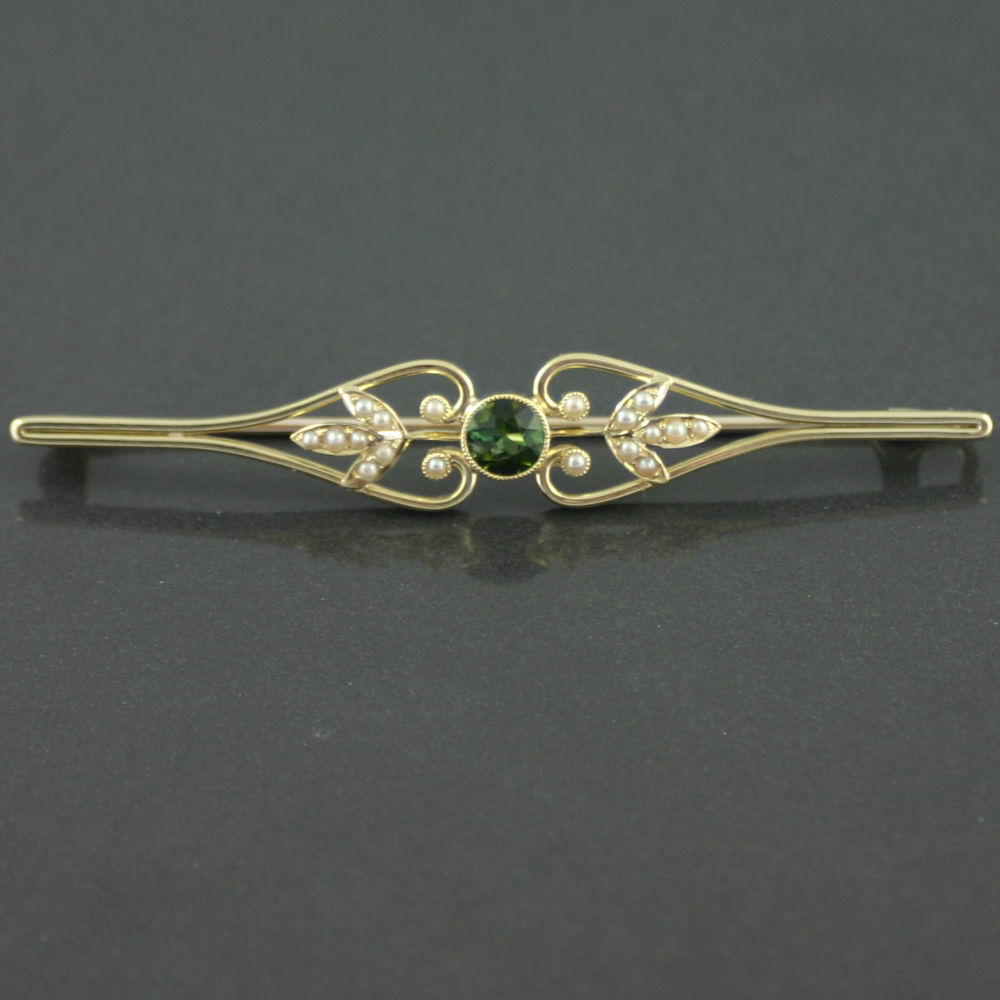 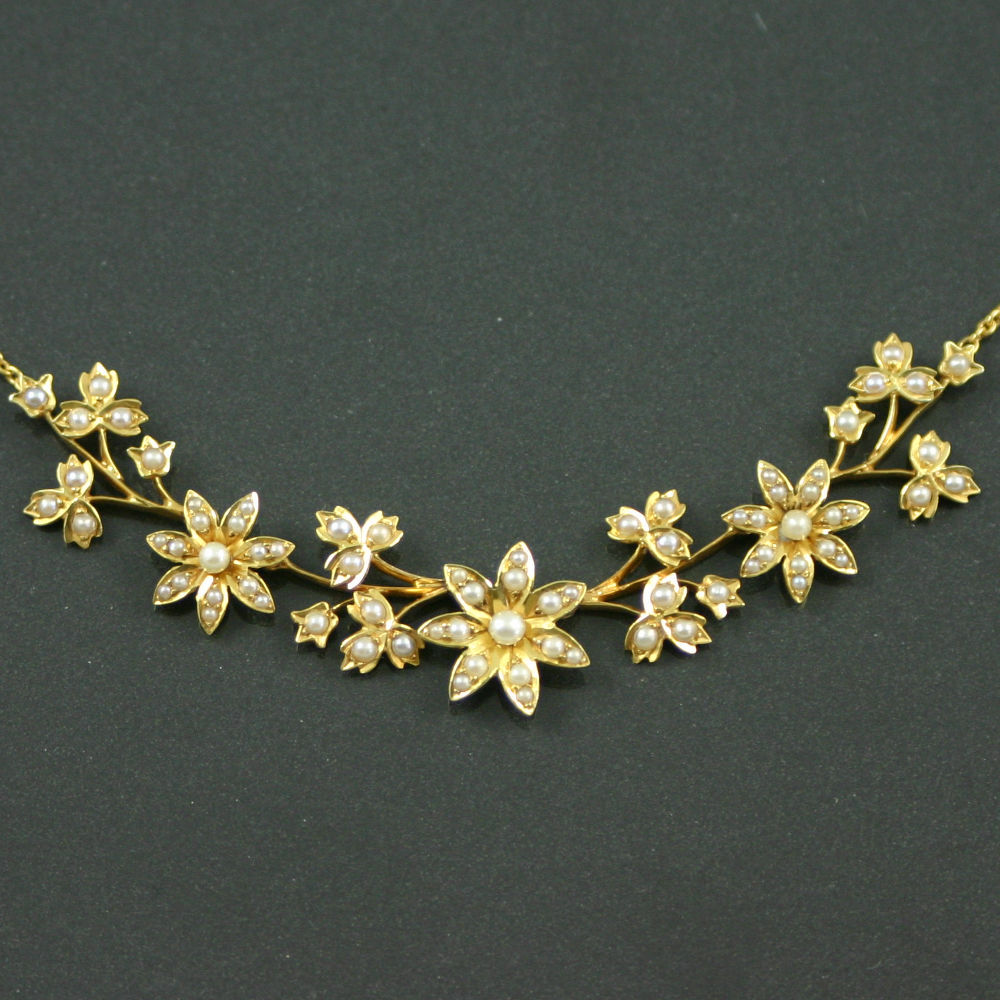 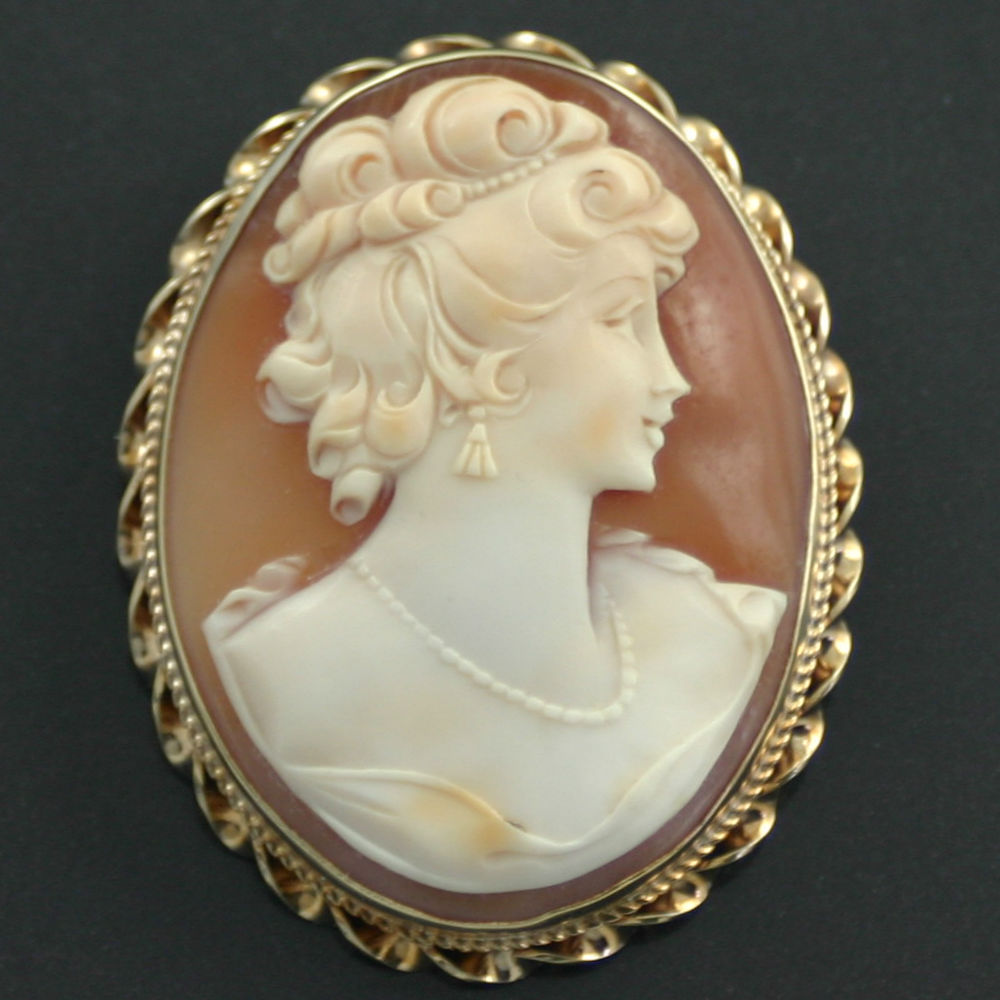 The Edwardian era coexisted with the Arts and Crafts period, as well as the Art Nouveau period, but offers a much more traditional and restrained style of jewellery. New innovations in the technology of cutting diamonds were really helping to announce the Edwardian style by creating a cut of a precise round outline, known as a transitional round brilliant cut or as it is presently called Old European mine cut. The new wealth acquired by the upper middle class and stability of this time in history helped to promote sales of high-end jewellery. The most desirable motifs of the day were circles, bows, swags and garlands; all manufactured in a delicate lacy style. Linear bar brooches with diamonds and coloured stones surrounded the neckline at various strategic locations. Lozenge-shaped and round brooches, at times having a coloured stone in the centre, were dotted everywhere. Bows were made in more abundant proportion than they had ever been. This period of jewellery was ruled by platinum, due to its ductility and strength. It was used in creating knife-edge settings.  Knife-edge settings were made of very thin but strong platinum wires that connect various components of a particular piece.  With as little of the metal exposed as possible, the stones being the primary focus in the design.  Another characteristic of the settings used during this period was the milgrain edge which comprises of stones surrounded by a low bezel transformed into tiny beads thereby enhancing the gem it surrounded. As Edwardian jewellery trends go, milgraining is still quite popular today. Diamonds were by far the most popular gemstone used and was a consistent trend during the period. Diamonds at the time were typically sourced from South Africa which was and still is abundantly rich in diamonds. The procurement of Sapphires was from Montana in the United States and Kashmir in India. With demantoid garnets ( green garnets ) coming from Russia, which was very popular during this period.  Another firm favourite of Edwardian jewellery were pearls and they were often utilized as graduated split seed pearls.  Later in the period, black opals were discovered in Queensland in Australia and were quite popular. 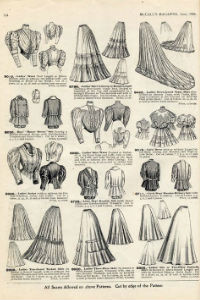 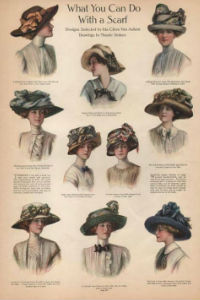 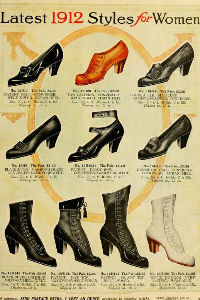 How To Date Edwardian Jewellery 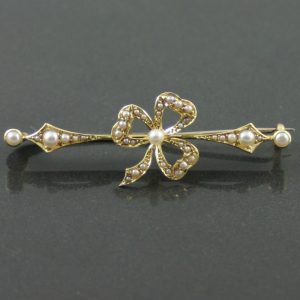 When trying to date Edwardian Jewellery. There are a number of areas we need to examine, the findings, the hallmarks, the metal, the gemstones and the style of the piece. The findings are usually a very reliable way to date jewellery. Findings are parts which a goldsmith will buy as opposed to making himself. Over the centuries these findings have developed and so they leave us with a timeline to follow. When examining the findings it should also be noticeable if there has been any repairs done to the piece. The hallmarks if any on an item, can tell us quite a bit of information. It can tell us not only the purity of the metal but also the maker and date. After 1906 hallmarks were required on jewellery by law.  Although the Art Nouveau movement favoured the design above the materials used. The Edwardian jewellers still held fast to the intrinsic value. This can be seen with the continued use of the five traditional cardinal gemstones. Advances in platinum around this time allowed jewellers to create very delicate feminine pieces. Something which was not possible before with the use of gold due to its relative softness. This style became known as the garland style and was dominated by open framework designs. As a result, platinum quickly became popular and was extensively used in Edwardian jewellery. In 1908 the colours of the suffragette movement were announced as green, white and violet. After which jewellery containing these colours became very popular. This suffragette jewellery was manufactured and worn up until 1914. After which time it was considered unpatriotic to wear any due to the outbreak of WW1. Jewellery would subsequently remain shelved until 1920, the beginning of Art Deco period.

Illustrated below are some of the important dates of Edwardian Jewellery. 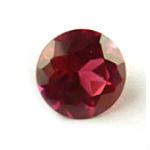 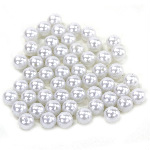 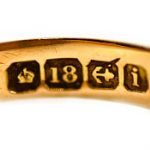 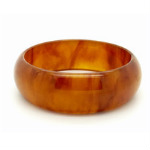 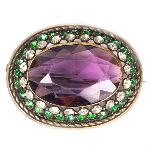 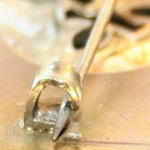 1914 – Platinum declared a strategic metal for WW1. No further supplies available for jewellery.